1.    Reduced cost
Moving from a capital expenditure model to an operational expenditure model may save you a considerable amount of money. You do not need to hire expensive IT personnel or spend money on equipment, as this is all taken care of by the hosting provider.
2.    Latest technology available
The IT personnel will update the software as soon as it is available and you only have to pay a fraction of the license fee as you share the cost with the host’s other clients.
3.    Highly specialised IT Team
The  IT team is specialised in backup and recovery procedures because this is what they do every day.
4.    Customised solution
The IT personnel will customise the data management solution to your needs. He will analyse your business and implement your unique requirements.
5.    Improved data security
The encrypted data is kept in various secure data centres and mirrored at least in two locations. Only the latest ISO certified encryption methods are used.
6.    Data recovery
Data is backed up in short intervals, so you only loose a minimal amount of data in the case of a disaster. Recovery occurs instantaneously because data is mirrored in more places. So the business can continue as if nothing had happened.
7.    Focus on core business
Backup can be time-consuming as it requires attention – even more, the recovery process. Outsourcing helps your organisation to focus on your core business and not get distracted by complex data management.


8.    Improve Efficiency
Focusing on core business and other activities that matter will help your organisation to improve overall performance and drive business value.

Popular posts from this blog 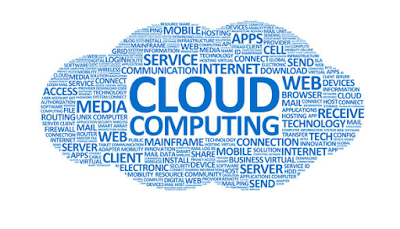 What is Cloud? A   cloud   is a distinct IT environment designed specifically for remotely provisioning scalable and measured IT resources with a aim to provide services to remotely present  IT resources. What is Cloud Computing? C loud   computing means storing and accessing data and programs over the Internet ( cloud ) which may or may not be present remotely. Eg : Office 365 E Mail solution What are the components of cloud? It has 3 components : Client computers Distributed Servers Data Centers What is Cloud Service? A   cloud service   is an IT related service  which is made available to users on demand from the Internet from cloud computing   provider's servers. How does Cloud work? Storing & Sharing of resources, software, and information via the Internet takes place in cloud. SaaS (Software as a service): Required software, Operating system & network is provided.   PaaS (Platform as service): Operating system and net
Read more

Benefits of IT Annual Maintenance Services

Quality is most important in today’s world. It is responsible for increasing & maintaining productivity. It can be achieved by using modern infrastructure. But using modern infrastructure repeatedly can incur large costs. In addition, it may also require training to use this sophisticated machines. So the other option we have is to use maintenance services for maintaining performance of our existing infrastructure.     Annual Maintenance Contract (AMC) is maintenance & repair services which are given generally by service providers or manufacturers to the customers. The annual maintenance contract helps the customers to maintain their products in efficient working conditions.    AMCs are of two types - Comprehensive and Non-Comprehensive. Comprehensive AMCs are expensive. It includes contract, service as well as replacement of spare parts which is carried out free of cost.  In non-comprehensive AMCs, routine servicing is done. The replacement of spare parts is cha
Read more